We did this through a series of simple hardware interventions. On the one hand, we built agro-wells for  families who desparately needed a strong water source to irrigate their paddy lands. On the other hand, we worked with communities to identify areas where there was a need to rehabilitate existing irrigation canals or provide connectors to optimize water availability for paddy cultivation. All of these were in the lower north-east of the KCF, in Weheragala, Dungolla, Ratninda and Sulugune areas of the treatment terrain of COLIBRI. In most cases, our monitoring showed that the actual beneficiaries were greater than those estimated by the field staff. A really pleasant surprise.

However, here we have a word of warning. When we recently went to take a look at the works under progress at Rathninda, we found a hidden leak which our field staff had failed to detect. We were not amused but thankfully, the problem was located and rectified although it goes to show that field staff do not always work with a red-light mind-set that is constantly figuring out why something will fail and not why something will succeed and take appropriate investigative steps and risk reduction strategies into their activities.

The Dungolla canal was a late addition since we had decided not to go ahead with the flower garden because we found that it was not going to be either cost effective or sustainable. 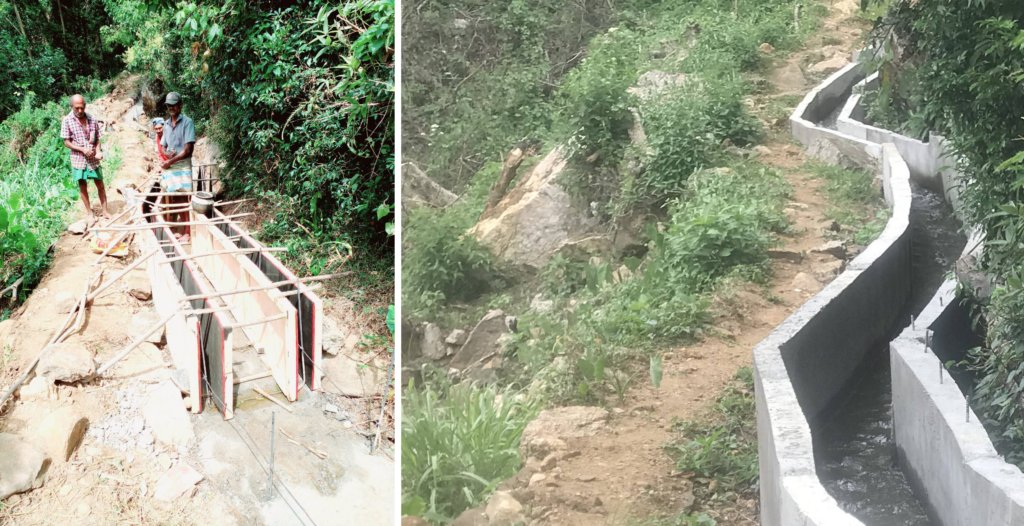 From commencement to completion – Irrigation Canal at Rathninda