The World Water Day was celebrated on the 22nd of March with UNESCO publishing its 2022 report “Groundwater: Making the Invisible Visible”. Groundwater is increasingly becoming life critical and the report calls for its sustainable management. It does have vast potential as the report states but it is an area that has been perennially overlooked despite the fact that it is the cleanest and most prevalent form of drinkable water available accounting for 99% of it. Apart from those who get piped water, the largest percentage of people across the world are those that live in rural enclaves and groundwater is, in many cases, the only source of drinking water for them. Furthermore, according to the report, 25% of withdrawn groundwater is used for irrigation and serves 38% of all irrigated land globally.

The problem with it is that increased requirements will deplete groundwater aquifers and other sources faster than rain (or snow) can replenish them with the estimate being that usage will increase by 1% each year over the next 30 years. Climate change compromises surface water availability and with increased switching to the use of groundwater, there is a very grave danger of its overuse and depletion beyond the point of recovery. The messaging for the Water Day of 2022 revolved around the various attempts to sustain the exploitation and use of water so that its availability is not compromised over time. 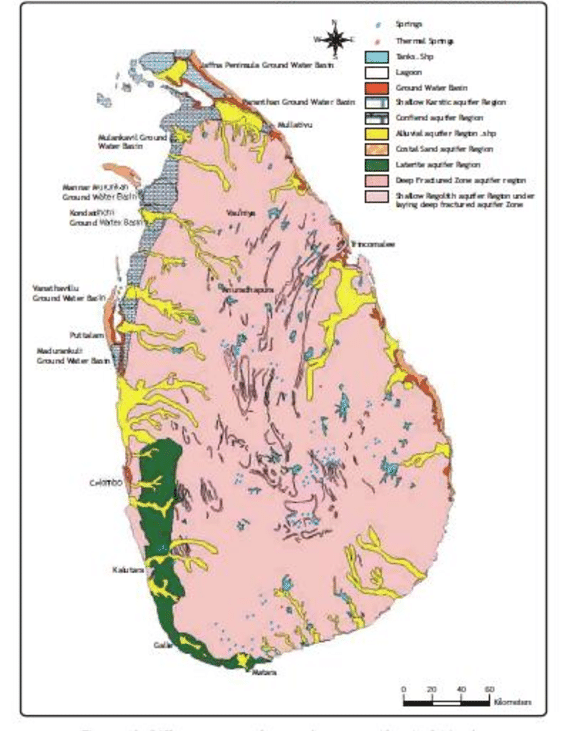 Sri Lanka has its own problems with respect to this source with some areas such as the north being overexploited to the point where there is real concern that areas might become deserts. Tube wells in the Poonekeryn area as well as salinization of aquifers in the Jaffna peninsula are two such indicators that our management of this resource is less than sound. There is currently a groundwater monitoring exercise underway through a multimillion dollar, five year project implemented by Royal Eijkelkamp. Whether this will have any lasting impacts is to be seen. However, the data itself should be priceless for any future water management strategies of the government or civil actors.