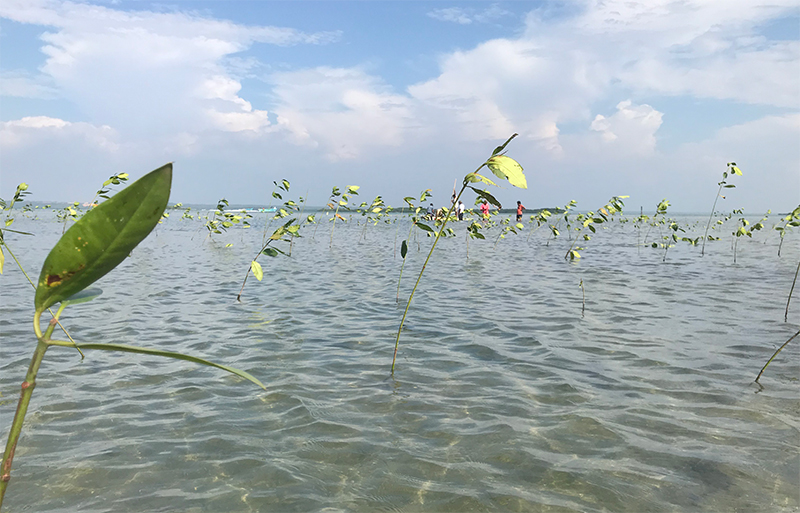 The phase 1 planting is done!

Phew! Two tiring days for Sura, Dougie and myself. Manoj from Arinma stayed the course. Of course he will. He is an ex-Green for crying out loud! Human gave me an interview, right their in the middle of the lagoon. As with all good conservationists, he was wary of making crazy claims about the survival rates stating quite clearly that he did not expect more than 50% to survive. I like this man. He is no NGO b/s-er. Just a hardworking fisherman who knows the value of a mangrove, understands the challenges and does the needful with both eyes, both ears wide open and understanding that the smallest miscalc can send a well meaning project literally into the drink. We plan to do a small video based on our experiences planting but will wait to see how good the outcome is before we start ringing bells and hailing in the new blue year. In fact, that is a long long way away but this is certainly a start for us in that specific neck of the mangrove woods although we have done much work on mangroves with the IUCN’s Mangroves for the Future (MFF) program in Mannar in the north, Panama in the east and Kalametiya in the south. Let’s see how all of this pans out as we continue with our effort. Next stop would be around July-August when the propagules are matured and ready for harvesting and replanting in this same stretch of the lagoon. Throughout the entire effort, Human Fernando stood with us, doing the work of three of his buddies. You can read more about the man in this blog post of ours.

The pollution from fisheries activities around the lagoon has to be seen to be believed. Literal mountains of bones, damaged nets and plastic debris liter the area. Many of those engaged in fish drying believe that the lagoon is a giant trash can, tossing out the remnants of their curing into the water or washing the fish out by sieving it through lagoon water. Over the years, this practice has created a sizable amount of livelihood waste across this lagoon and this really has to be stopped either through coaching these folks or, if that fails through more severe means. Human and his group of fisher-activists are doing their best but they face an uphill battle.

We were about to get out of the water when mild tragedy strikes us. Sura steps on a stingray tail spine that drives an inch into his sole and I get my right foot ripped from side to side. Both the results of lagoon pollution. No permanent harm altough Sura is luck that the spine was old. If it were new? er… I don’t evan want to think about it. If it happens to a fisherman, they will  soak a rag with a flammable, place it on the wound and fire it. YEOW! 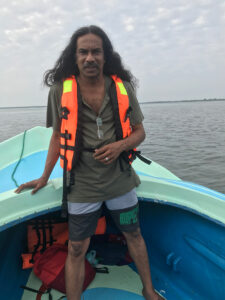 We start early to visit the outer islands, moving through lush mangrove forests to check out the ways in which tourism is happening, the conditions of fisher communities, the work that is being done by young fisher folk to uplift their lifestyles and determine how we can further improve our interventions. The rocket boat (yeah, that’s what it felt like when I was at the helm, hanging on for dear life with spray blasting in my face and the twin 40HP engines churning up a wake that stretched for a good hundred meters). I would rather that we went by a more Eco-friendly boat but sadly, those were not yet introduced to those areas and hell, these people had their hands full just making ends meet without us pontificating about environment to them.  At the very least they were trying to replant the damaged mangroves, the sea grasses looked to be in decent condition and the communities had obtained electricity just a couple of days before. So far so good but their tourism was, hum ho… how to put it… junk? Heh. Again, at least they were doing it comparatively smaller scale and not at the level of hotels that were running rough shod over pretty much anyone and everything. We saw much sustainable potential but conservative use of marine resources is an area that is significantly gapped. We have a bit of work to do on those issues but as always, the Greens don’t crusade with fundamentalist zeal because we know that fundamental anything is just plain dumb. A lot of decent men and women do engage in that sort of foundation level error because they fail to read situations and scenarios. We try to be a bit more holistic in approach. 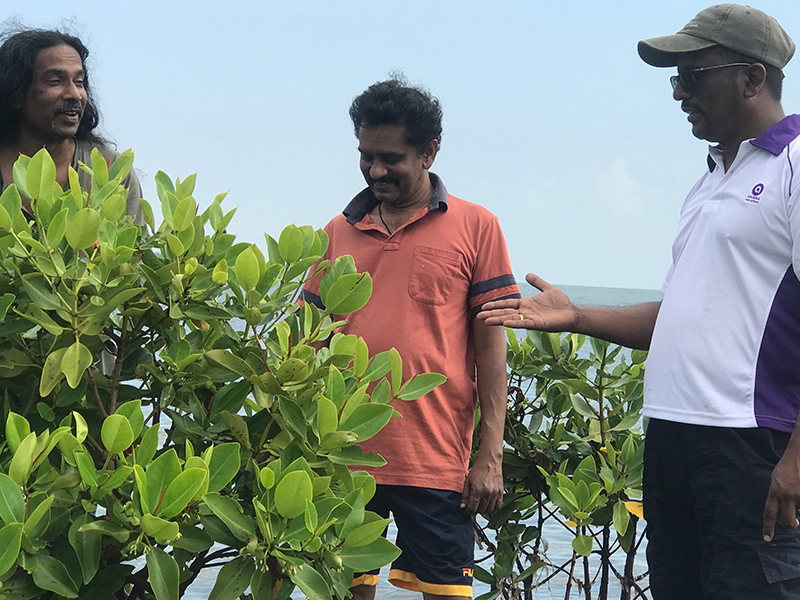 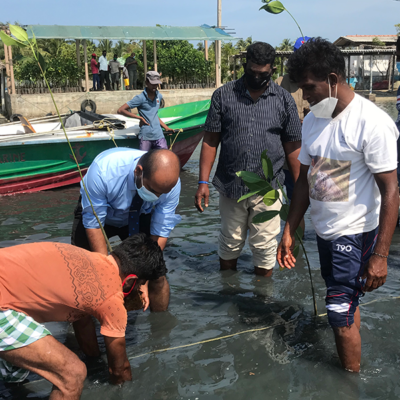 Finally, we commence are mangrove planting. We arrive in Kalpitiya around 10 a.m. after a long drive down starting early morning from the Knuckles. From freeze to fry in five hours. In the dry winds and searing heat of the lagoon, Human Fernando has things in hand with his plants ready for transplanting. Manoj and the Arinma team are also present as is the GA of the area. He ceremoniously plants the first sapling and we start the operation in earnest. By the time the tide comes in, almost all of the community grown saplings are in the water. The five hours are quite productive and we are about to wrap up and get back to the rest house when we decide to visit the government mangrove nursery because they had invited us to the place. We go in there but it is a sad sand sight with tired plants looking exactly like underfed cattle during a drought. They were entreating us to take the plants off their hands because the program had been shut down with the change in government. Good Samaritans that we are, we agreed and arranged for a transport truck to pick the plants up the next day before we finally go back for a well earned rest after long long day. 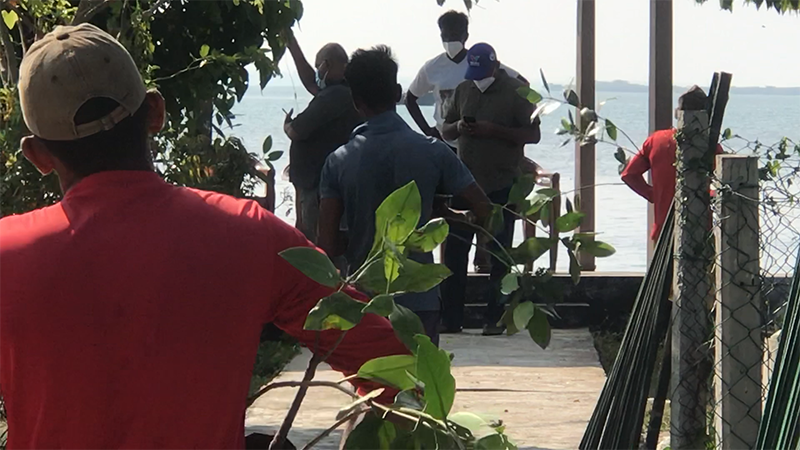 The fisherfolk transport healthy looking plants they nurtured themselves to the jetty read to be taken out into the lagoon.