The cascade trainers are primed and ready to go

Early days yet folks but we think we’ve put the community in the best possible position to pull themselves up by their own bootstraps. The candidates that we had short listed for training as community coaches were given one heck of a knowledge injection. No, that’s not quite correct. It was more like a knowledge-skill-practice-awareness-insight-empathy-understanding type of engagement that stretched over five whole days. It combined class room type instruction, breakouts, practical sessions and additional engagement and dialogue that stretched far into the night. Remember that our group of TOTs were already formidable in their own right. So instead of being passive listeners who transmogrify into future disasters (God how we hate that breed) these women and men had much to contribute to the sessions making them active, contentious and interesting. The trainers and the trained both strove mightily to arrive at a third space where the combined capabilities of both could be gelled into a whole from which everyone involved learned and put everyone in a position to serve the KCF and its people better.

Ok… as far as the boring report blogging” is concerned… here goes:

…to the breakout room…

The TOT training program for 23 shortlisted individuals (8 women and 15 men) was conducted concluded a few days ago. The GMSL shortlisted 11 resource persons to for the 5 day training program which ran from 01st to 5th of November 2021 at the Wingate Hotel in Nagolla, Hettipola. The individuals covered areas related to Environment, Natural Farming, Development and Community Cohesion. The Assistant District Secretaries of both Matale and Kandy attended the training program to show support for the exercise and speak to the participants and pledge their continued assistance. Suranjan (CEO GMSL) took on the exposition of the tasks and needs and the global scenario with respect to environment and agriculture, Lionel (Director SDB/Treasurer GMSL) was the mobilizer par excellence who managed the entire program, Amila (Curator, Parks Department and ex-GMSL activist) discussed biodiversity, Nimal (GMSL agri-advisor)  took them through the gamut of skills required for natural farming and informed the group on how to create their gardens to mimic nature as was done in the past during that era when things were actually sustainable and where sustainability was not some useless buzzword as it is today (heh), Leel (Additional Director EnMin) put them in touch with the planet and gave them a goodly shot of global environmental covenants to mess their minds with (j/k), Illange (Engineer from Minipe Irrigation) discussed with them the importance of soil and water conservation and how carelessness can screw up everything for everyone in that respect and Ilmi (Project officer, Export Agri Dept. Laggala) told them very kindly but very firmly that they must work with entrepreneurial mindsets to make sure that export agricultural crops from the region can actually help their economies stabilize. 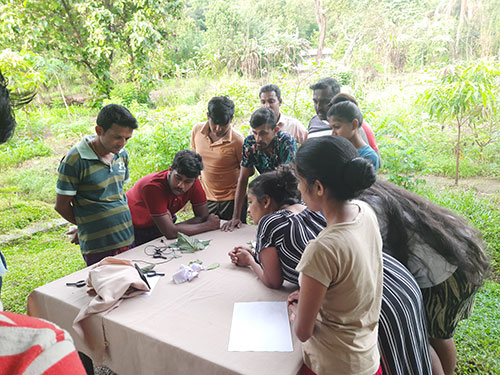 That was tiring. But that sort of reporting is the darling of all report mongers so I suppose its good to have it out there for anyone to see. A fact about the shortlisted individuals was that they were a mixed bunch age-wise and gender wise. There was no specific NGO-ese targeting of equal numbers of men and women for the simple reason that if there was a tough cookie who was a man and that man performed better than a woman he was chosen and vice versa. We did not want to have affirmative action (that is for countries where men and women work together) but equitable action (that is for countries such as ours where men and women work with each other). On the other hand, if a young buck proved she was better at something than someone twice her age, she was in. It was simply a matter of determining who was most suited to do the work, had the most energy, displayed the greatest committment and that overarched every other consideration because we didn’t have time for either niceties or political correctness which would end up with all reported check-boxes ticked and jak done on the ground. We do not apologize for actually working instead of doing the NGO thing of merely reporting.

The practical exercises in the field were a mixed bag actually. On the one hand, they proved that the knowhow of some of the TOTs was questionable while at other times, it proved that they knew better but couldn’t do better because of economic pressure and we had to tell them – THAT IS WHY COLIBRI EXISTS! 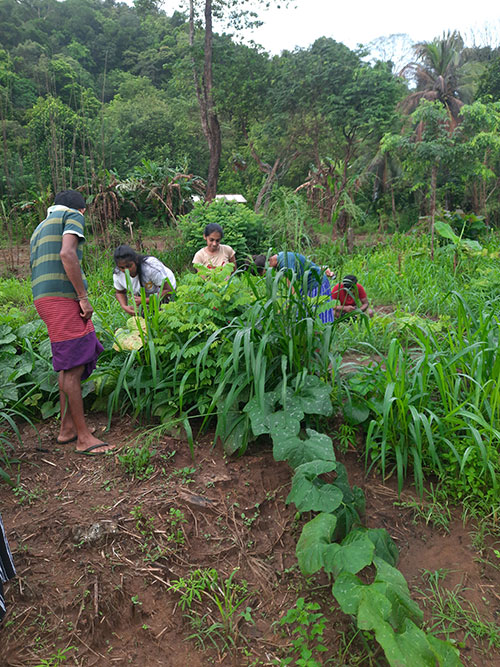 … to the great classroom of living nature and human effort within that reality.

The work that these men and women are tasked with is arduous. With 2250 families to be coached they certainly have their work cut out for them – as do we who must watch over them and dive into the breach when such necessity arises. Although they already knew this was no casual NGO exercise, a key factor that we informed them of was that their field work was not going to be based on training. That is, they were not supposed to take all that they had acquired and slam dunk it down the throats of the farmers. We simply told them that the farmers won’t care for half of what you know but over half of them will only be half as interested in what you actually tell them if they believe that that is all you know. Indicate to them that you are fully aware but tell them only what is required to improve their livelihoods, increase their economic stability and ensure their social well being. Above all, we told them to pay heed to those psychology and human empathy factors that they were told of during their own training sessions and to think, speak and act in ways that would inspire their charges and not disappoint them.

We believe that our trainers/field assistance or whatever understood what we told them. The days to come will very quickly let us know if our programing, our strategy, our knowledge imparting technique are working for these were created from scratch and not some curriculum that was hijacked or copied from somewhere else. It was created for the uniquely diverse terrain that we all know as the KCF and its environs. It was created to optimize the harmony of the human-environment interface while making sure that the human-social interface was improved. It is indeed a tough ask.

As we said, early days. Let’s see. We have put the pieces in place to be able to drive this down the field and kick it over the uprights. The future will tell how good the fit of those pieces are with each other and their communities. We will be watching. 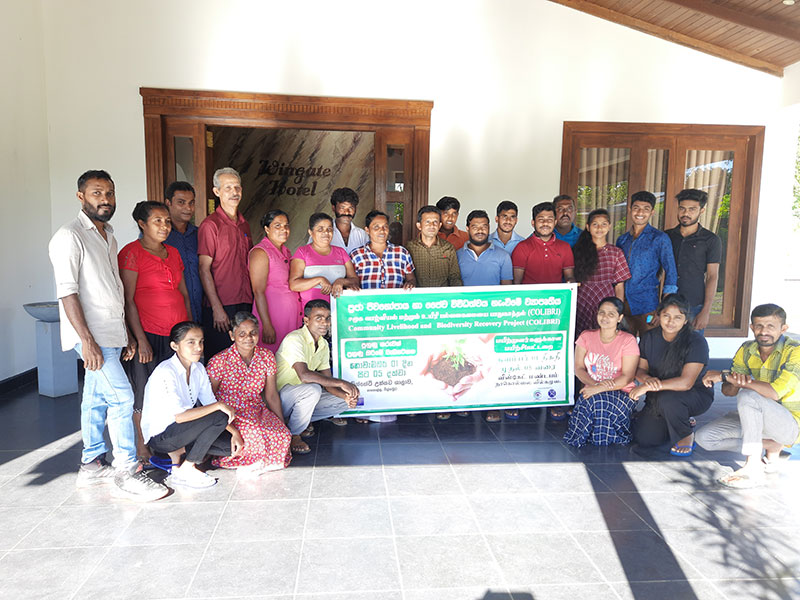