How many types of trees are actually there on earth? 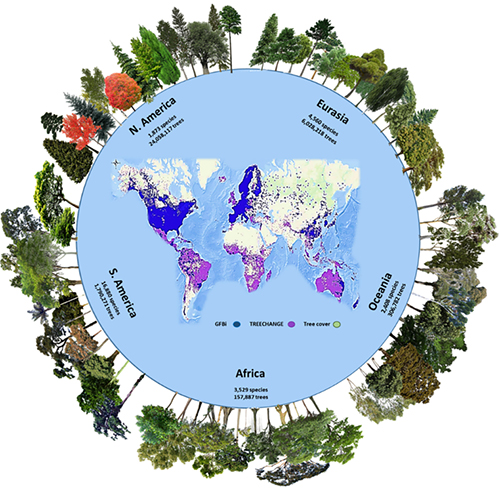 Despite Robert May optimistically stating back in 1994 that we will know all of the tree species by the year 2044, we are half ways there without even coming close. A January 2022 report by Proceedings of the National Academy of Sciences (PNAS), one of the world’s most cited and comprehensive multidisciplinary scientific journals says that there may be approximately 9000 tree species unknown to science of which 40% may be in South America. This was the result of a three-year research project that counted approximately 73,000 species currently living on earth and goes to show how rich our terrestrial ecosystems are. However, it also underlines their great vulnerabilities to anthropogenic changes from land use to climate change with the rarer the species the greater the risk. Referring to rare species a full third of the count fall into these categories with low populations and limited spacial distribution such as tropical lowlands and mountains.

According to the report, there is a gradual increase towards equatorial regions. With the taxa at higher latitudes lesser and more manageable, they are well characterized. However, the report says that if hyperdominance of a small fraction of species in the tropics is a general phenomenon, it would mean that these regions generally harbor a very large number of rare species, many of which are endemic.

One of the most important research areas is to determine the exact contribution of rare species to ecosystem services and this is still “a work in progress” according to the report. Given global issues related to the destruction of species as well as the appearance of modified or new species as well as the comparatively small amount of knowledge we have in terms of the actual count of these organisms, the ongoing studies are exceedingly more relevant to understanding how we as a planet should move forward with knowledge, care and concern for the flora of the world and its critical relevance to the continuance of life of all sentient beings on the planet.

You may read the full article by PNAS here.