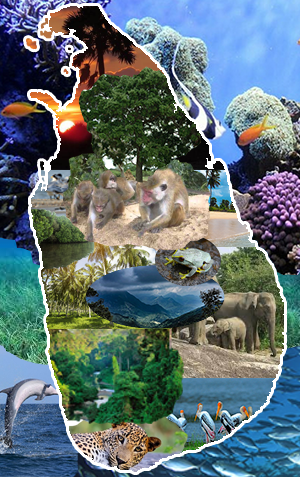 Let’s face it folks. The GMSL’s former website was a nightmare of non-optimized, outdated gunk. Happily for us, the EU provided us with some much needed funds to get our online presence in order and support the biodiversity initiative. Of course we didn’t have enough to hire copywriters and visual artists and all of that was on us which meant additional work and additional time because when resources are limited, heh… that’s what happens. It took us some time to get this done but its finally arrived. A few snags and snafus with material and layouts pertaining to the project itself were sorted out with ACTED giving us that vital feedback we needed. One of the key additions to online project exposition here is that we have included a project blog for each project so that the story of the project can be seen in one single location. We feel this will give a better sense of the effort, the challenges, the wins and losses, madness and frustration of working for the people of the country. Definitely it would be a vast improvement on the careful, tailored, sweetened “project reports” that all of us are so familiar with and which all of us know means absolutely zip.

Another addition is the resources section where we plan to upload as much open source science, IK and education material as we possibly can. Its going to be a slow and arduous task to populate that section but we feel that it is vitally important because data and information hoarding for personal profit has been the demon that brought the industrial world to its collective knees. We believe that a nation informed is a nation empowered and if we acquire something with cost it should be given to the people for free.

The only missing component from the original design was the biodiversity clearinghouse. Speaking to the various stakeholders, we got the distinct view that they would all prefer such an effort to be in the hands of the Sri Lanka Biodiversity Secretariat. So we spoke to them and they were very pleased to have something like this sorted out for them because we really don’t have even a proper repository let alone a clearinghouse. What we plan therefore is to create the repository first and the clearinghouse next. While the initial design and engines were created for a GMSL based initiative, the need escalated into a requirement to design a full fledged strategic mechanism with all the bells and whistles some of which ring via citizen science while others sound across mainstream science.

A challenge to say the least given the various vested interests and bulldog habits of many hundreds of decent folks.