The Montreal COP is done and dusted but there is certainly a bit of dust in our teeth, perhaps, because of the lack of star-dust in the mix of people trying to thrash through these negotiations.

To get to the point, well, the world leaders who are so much a part of the Climate COP were glaringly absent from the nature COP or the CBD-COP as we are wont to call it. The whole negation was done by ministers but when it comes to these things, it is the world leaders who must knuckle down and get to work to chisel a workable system. 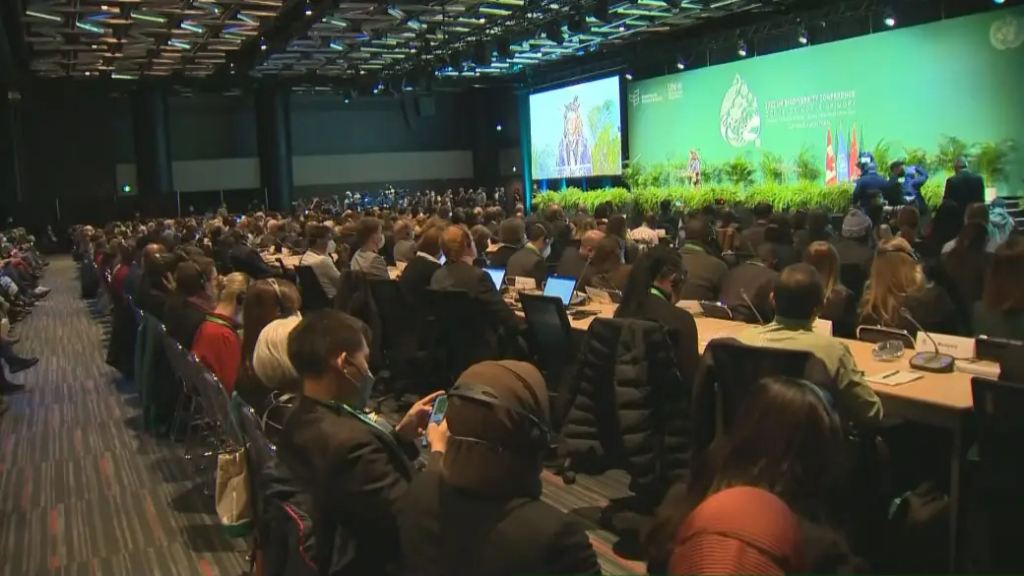 Canada stepped in at the eleventh hour to host the meet due to COVID restrictions in China, the official host for this edition. Yet, the Kunming-Montreal Global Biodiversity Framework was ratified by the 188 attending nations but one – the Democratic Republic of Congo (DRC) not ratifying it, citing the fact that there was lack of funding for developing nations, calling the final deal “illegal”. The UN dismissed the complaint and the rest said their respective “yay”s.

The GMSL takes a deep breath here. Well, the framework calls for 4 goals and 23 targets. It is a heady agreement with some claiming it was a “Paris Moment” with reference to the Paris Agreement on Climate Change but others were more skeptical – as are the Greens. Dr Abigail Entwistle of Fauna & Flora international has a more pedestrian image for example, saying “I don’t believe we’ve had a Paris moment, but now more than ever we’re circling the Paris ring road”.

Yes of course, there was ratified the so-called 30×30 pledge by the parties. That is, protect 30% of Earth’s lands, oceans, coastal areas, inland waters by 2030. Additionally, they agreed to reduce by USD500 billion annual harmful government subsidies and to cut food waste in half.

However, this “lesser COP” status for the CBD’s global dialogue is a significant problem. One must see, clearly, that one cannot solve the climate crisis without addressing the nature crisis. The one depends on the other. Treating them differently is downright dangerous to both. The classic simile here is this: If a reindeer pulls a cart it will do it well. If a bovine pulls a cart it will do it equally well. However, if a bovine and a reindeer and yoked together to a double cart then the chances are that both the carts and the animals will go literally belly up. Nature and Climate are two carts that are intrinsically bound together. We must be careful what sort of power and structure the two separate beasts pulling these have.

Still, much indeed was accomplished at least in terms of a long-term agreement. China took center stage along with Canada at this COP lending significant weight to the negotiations and attempting to bridge that perennial gap/fight/conflict/accusations flying between the rich countries and the poor. As Li Shuo, global policy advisor for Greenpeace China said “Today’s outcome demonstrates that China’s deplomatic positioning can forge global progress. It is a landmark deal that should propel China to embrace a bigger role in championing nature on the international stage.”  In the context of global heavy weights, well, as always, the USA remained both sidelined and marginalized. This, as always, is tragic. They can and should play a bigger role but their policy frames, well, to put it as mildly as possible – are for them. Not for the world.

For the Greens, one of the most important components of the framework was target 5: “Ensure that the use, harvesting and trade of wild species is sustainable, safe and legal, preventing overexploitation, minimizing impacts on non-target species and ecosystems, and reducing the risk of pathogen spill-over, applying the ecosystem approach, while respecting and protecting customary sustainable use by indigenous peoples and local communities”.

We have been saying this for years and it is ironic of course that even as the COP was winding down, Nuchatlaht First Nation was gearing up for a legal battle in Canada to acquire the right to the Nootka red cedar forests for their own, to use, protect and expand. For the Greens this goes to the heart of all frameworks. They are great on paper but when it comes to implementation, they run up against a veritable tsunamis of the same old same old.