I wrote this piece years ago but I think it is still relevant… heh.

In a world awash in new and improved ways of calling a spade anything but… in a world where it is fashionable to couch one’s meanness and one’s selfishness in fair words and phrases, I have my pet detest – “sustainable development”.

As a development practitioner I am forced to use that word a dozen times a day – sometimes more – and I have no clue what the hell it means. Or rather, I am only too aware exactly what it means and it doesn’t mean what its semantic is supposed to mean.

Of course, there are the various “oh so chweet, oh so cute” definitions coined by various well meaning people. “Sustainable development is…” and then, depending on what diet of reading, conferences, study programs and development rationale one has indulged one’s self in, “…economic development that is conducted without depletion of natural resources” or “…a dynamic process which enables people to realize their potential and improve their quality of life in ways which simultaneously protect and enhance the earth’s life support systems” or  some similar witches’ brew that attempts to work life quality, ownership, fairness, inclusiveness, care, love and tree-hugging, future generations, women, children, massage parlor workers, agenda 21, Armageddon, wall street and Bruce Willis’ oil rig caper on a meteorite into a passing-palatable potpourri.

It can all be slotted neatly under a far more relevant and reasonable phrase “development bunkum”.

We all know that global effort towards depleting natural resources far outweighs global effort at regenerating them. We all know that global wars from the Ukraine to the river Jordan are to capture existing resources not to create more of them. We know that the discussions that result in resource destructing or resource exploiting take all of 10 minutes to conclude and all of 10 days to execute whereas those that are aimed at resource preserving and resource regenerating take 10 years to go nowhere. We know that every decision to make the world’s dynamics more unpredictable and more volatile will be immediately executed and every decision to make the world’s dynamics more predictable and more stable will be immediately postponed.

In this type of world, whoever believes in “sustainability in development” and its attendant cloud of sweet phrases is simply kidding themselves. Those happy phrases are of no relevance except to the industries that have grown up around them – the biggest being the UN which has now got something known as “Sustainable Development Goals (SDGs)” that are supposed to enhance the “Millennium Development Goals (MDGs)”.

Well, we tried for 20 years to get those MDGs up and running and failed. We need to have are heads tested if we believe that an even more complex model that attempts to incorporate everything from everyone including all of the MDGs and a dozen or so more social, environment, cultural, political, economic and traditional life-realities is going to work.

The simple stupid fact of the matter is that after the “world decided” at RIO+20 in 2012 that it needs SDGs (for lack of anything better to do since everything “done” had failed), it  has taken two whole freaking years, about 20 position papers and about 2000 conferences and about 10 billion dollars to come up with what is tantamount to zilch. By 2015, they would have laboriously cobbled together something not entirely unlike life in utopia and equally mythical. The amusing take home from this? we, the world, have been struggling for three bloody years trying to figure out how to sustain it. If we can do it it ten it would be a miracle given the fact that most of the people involved are only interested in sustaining the process of trying to find a sustainable solution.

Historical fact: If any development paradigm takes that long to figure out it cannot be done.  We couldn’t get response to climate change to work and we couldn’t find adequate solutions to the financial, food or energy crises. We tried for a decade to figure out what to do about those and another decade to realize we couldn’t do jak about it. SDGs are worse because of their sheer complexity and anyone who believes in them is either demented or delusional or both since none of the previous efforts tied down by sustainability threads and founded on so-called sustainability principles have worked.

Let us recognize something here.

Those exercises, by their sheer size,complexity and number of shareholders will damage, destroy, delete – even as they supposedly develop and sustain. Take a case in point – four 140 floor casino in Colombo – yeah great. Big economic boost. But hey, hold on right there – the Kelani river only has so much water – if you try to feed four 140 story casinos with water, there won’t be any water left for the rest of Colombo!

No. What can be done from a “durability” position is to durably develop micro-communities, living in micro-geographies with micro-efforts designed carefully to be robust enough to withstand the pressure of “sustainable” development.  Those efforts won’t speak of future generations but rather, about keeping some members of this generation safe for a little while against the many challenges they will face. Those efforts can and should factor in such “tions” as conservation, regeneration, edification, consolidation, collectivization, harmonization. Those can and should weave into their “durable development” tapestry such things as social, economic, political, cultural, environmental sensitivities. They should be kept small since enlarging and replicating has had the tendency to break the whole apart at its seems as has been historically evident in such exercises from the efforts of Jesus to those of Lenin. They should not try to achieve goals through processes but rather, accomplish resilience through creating conditions that cannot be easily attacked or easily pressurized. How?

Do you think for a moment that simply establishing such durability conditions will allow them to be resilient in terms of social, cultural, economic rhubarb rhubarb perspectives? No. Of course not. Then how?

Well, not by going the legal route, the international community route, the policy route or the medicinal-aid route which are all tied into the unsustainably-sustainable rhetoric. Then how? 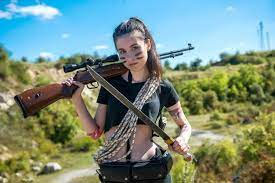 Guns buddy. Lots of them. Simple. In the short and long term future of our world, encompassing both our current and future generations, even as I puke at the prospect, durable development would need to be defended not by development practitioners, lawyers or policy advocates but rather, by warriors.

In the interim, as a development practitioner who attends conferences, designs strategies and executes projects founded on the sustainability principle, I shall reserve the barf for that phrase “sustainable development” which is the darling of every form of development from the commencement of the industrial age up until now and called as such by those whose practice can only be called “predatory development”.

This post offers nothing, dear reader. It is merely a sober assessment of where we are not going very fast and also a tongue-in-cheek missive to my young friend Dhanusha Amarasinghe who called me on that phrase “durable development” a few FB posts ago