In post-war Sri Lanka, establishing the infrastructure for strengthening the social, political and economic stability of rural communities in the Vanni region has proven to be a challenge within the envelope of their primary livelihoods of agriculture and fishing. The lack of economic opportunities and the fragmentation of their communities due to the conflict has created a situation where the people are in a state of limbo, confused about the future and unable to clearly determine the extent of their worth in terms of national economic growth, the economic aspects of nation building and social acceptance with respect to the national identity of Sri Lanka. These issues are especially so for the women and children of resettled communities and disabled people in the area.

In the two years since the cessation of hostilities, it became increasingly apparent to the Greens that state instruments had, despite laudable efforts, addressed only a relatively smaller percentage of the livelihood needs of citizens of fragile areas. Further, there did not seem to be either policy coherence or policy direction with respect to recognizing the socioeconomic needs of the people of the Vanni or a clear strategy for overcoming lingering negativity and doubt with respect to their socioeconomic status. Given this backdrop, there emerged an important and urgent role that we, along with our committed, area based civil partners and with the support of private sector individuals with quality development expertise engaging mutually beneficial synergies could – and should – play a key role in neutralizing some or all of these problems.

While the entirety of the north and east are grappling to some extent with these issues and requires multi-disciplinary support to completely address, the GMSL and its partners identified the three Vanni districts of Kilinochchi, Mullaiththivu and Vavuniya as being areas where post-conflict socio-economic marginalization has been most significant. Therefore, the partners identified a requirement to concentrate their support for socioeconomic strengthening of grassroots communities in our target area.

In these districts, there was a critical need, based on the above general situation, to push aggressively to create the enabling environment for socio-economic strengthening through a process involving people, private and public institutions, instruments and individuals. The GMSL and partners identified that they faced a challenge in overcoming the unavailability of any systemic process of assuring the economic viability of primary and alternative livelihoods of socio-economically vulnerable groups through sound, demand driven production and marketing processes. The Vanni Agricultural Livelihoods Upscaling and Enhancement (VALUE) project was designed to address these challenges by 1) strengthening processes that will optimize and sustain the economic reward of primary livelihoods of agricultural communities with emphasis on women, PWDs and resettled citizens, 2) creating a worry free work environment for female headed households, war widows and vulnerable families by providing security to their young children through child care services 3)  implementing changes that will neutralize cultural oppression towards women in work environments in the target areas. 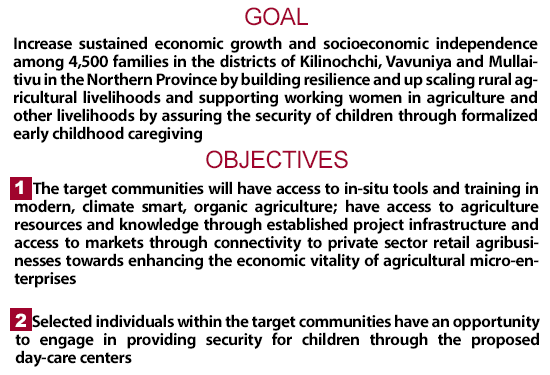 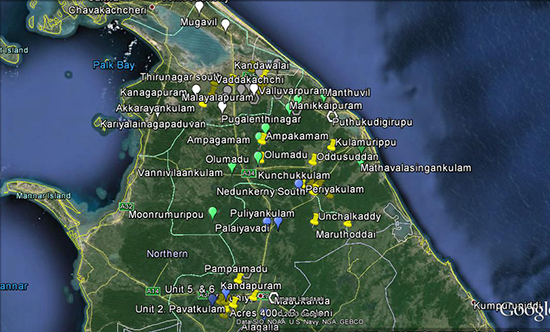 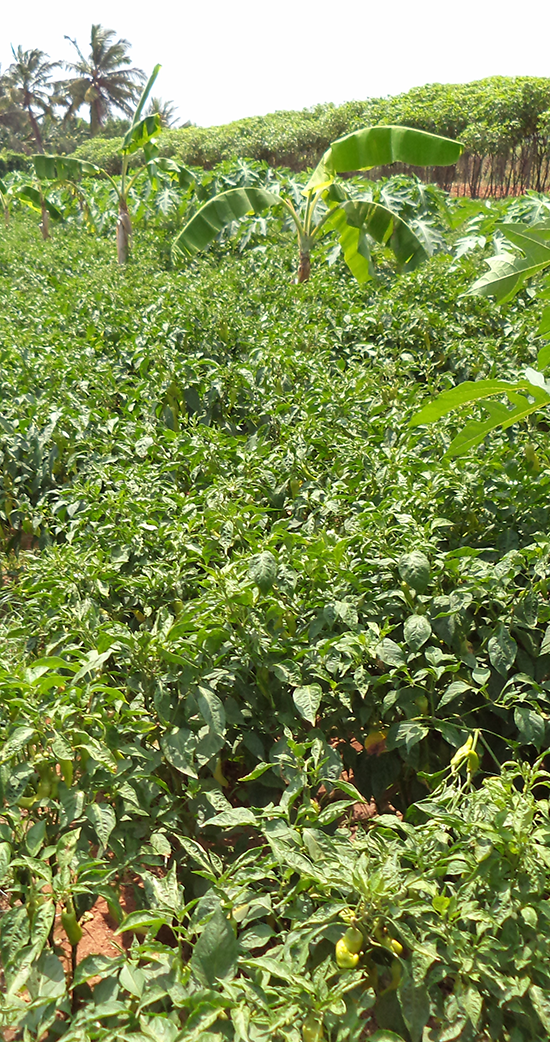 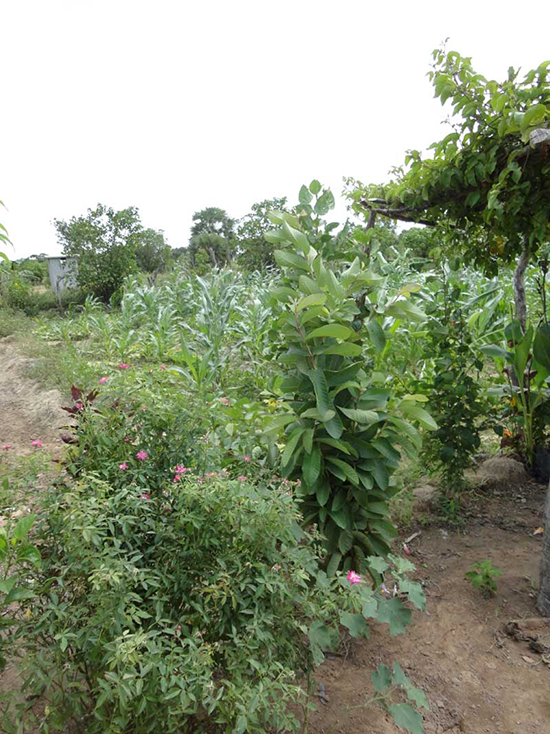